I imagine the title of this post has got you wondering what on earth I’m on about… Well, I shall enlighten you straight away! 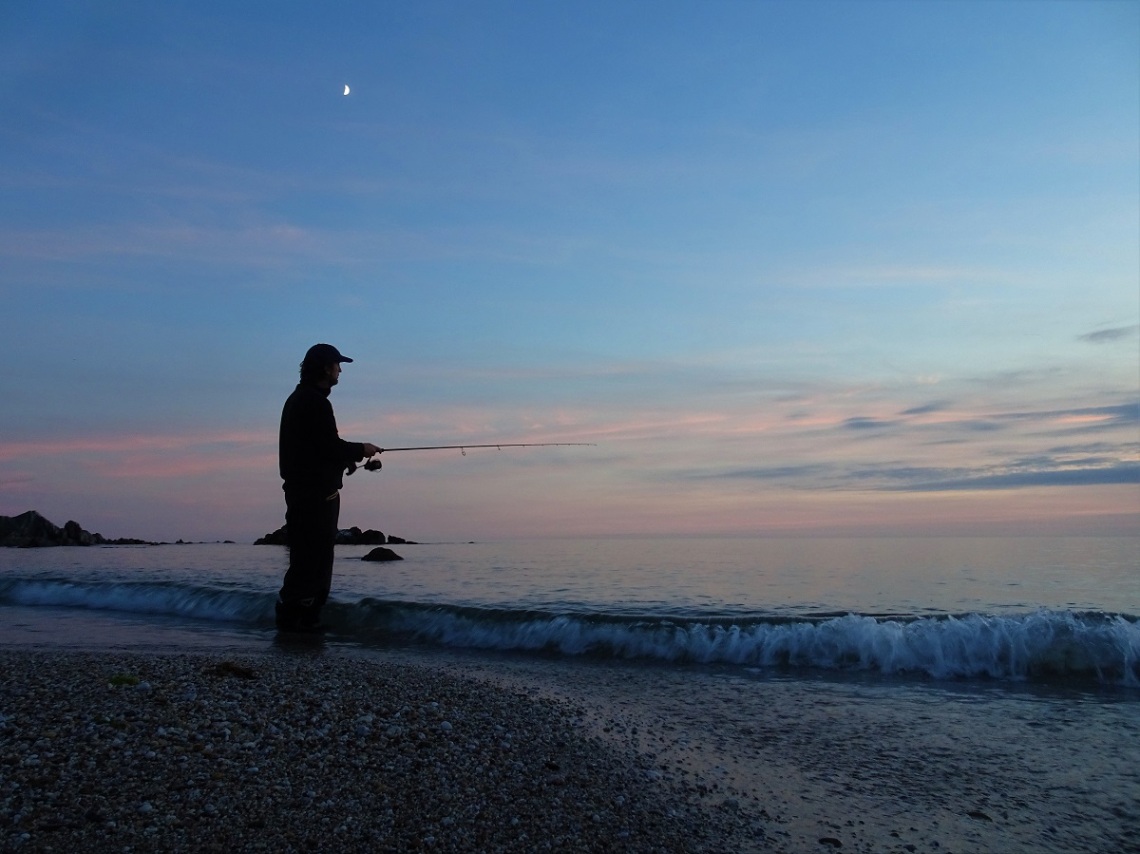 There are a numerous of occasions during a guided bass lure fishing session when I’ll ask my clients to do something ‘different’ to what has come before. It can be as subtle as retrieving a senko or soft stick-bait slightly quicker or even slower, to the opposite end of the spectrum that is moving to a completely new and contrasting  location.

Ultimately, it is about adapting to the sea and weather conditions and/or taking into account what is actually occurring around you (nature) that determines the decisions I make, particularly in regards to lure choice. In essence, this forms part of the element to bass lure fishing that is ‘watercraft.’

Understanding ‘when’ to change a lure or move is, of course, an exceptionally difficult thing to describe, as it is rarely black and white, straight forward, or indeed blindingly obvious. Above all though, it is a simple case of attaining first-hand experience out on the coastline in order to make these informed decisions.

All of that said, depicted in this post is an example of  when I refused the opportunity to move to another venue, and instead, asked my client to ‘adapt’ to the changing sea state and tidal conditions by utilising two lures that are essentially ‘opposites.’ They both, however, served to attract a bass, and good ones too (including another PB for a client).

“I’d really like to learn how to use a surface lure correctly Marc”, were my clients’ words as we pulled on our waders and jackets under the drizzle. This was ideal for what I had planned for Martin as the first mark (I had intended on travelling to another part of the coastline halfway through this session) was tiny a beach set at the mouth of an estuary where the water was as flat as a pancake, if a little murky. Furthermore, he had even attached (without knowing what the plan was) the very lure I wanted him to use – the highly reliable bass catcher that is the IMA Salt Skimmer.

I’d calculated the drive, walk and time to tackle up respectively, in addition to setting aside some time to describe why we were there, what the lure represented, plus a demonstration (if required) of how to use the lure effectively so that my client would be fishing ‘live’ so to speak during what is the most opportune period to be on the mark.

Off to a flyer!

In the preceding (and very recent) sessions on this venue I’d witnessed small fish (about 4-6″ long) routinely splashing and ‘topping’ on the surface layer. I don’t know what they were, but I’m guessing either immature bass, mullet or even sea trout? Either way, to me the Salt Skimmer is a very good imitator of this behaviour – proven in the capture of a number of bass here on this very lure at this precise location.

A quick learner, Martin was working the lure fantastically well after only a little amount of tweaking to his technique, therefore, I took the opportunity to quickly check the wind direction and strength via the extremely useful National Coastguard Weather Station at Froward Point here.

You know what happened next! Out of the corner of my eye I saw a very precise ‘splash’ as a bass nipped up from below and grabbed Martin’s lure – all within twenty minutes of him commencing his fishing – we were off to a flyer! It was very spirited fight it has to be said, and one that he greatly enjoyed from what transpired to be a 54cm (almost 4lb) bass, as it remained deep, whilst attempting to utilise the current to its full advantage.

How often do you land or very annoyingly lose a fish within the early stages of a session, and then see absolutely sod all for the rest of the day… Well, as this session continued even my confidence was starting to drain somewhat as the bottom of the tide arrived and the freshening flood pushed through.

A change to a weedless weightless soft plastic and me explaining what I thought it represented and how to use it (again, something he wanted to learn) was conducted, but at the forefront of my mind was whether to remain in situ, or move on… After a few minutes mulling over the possibilities, and as I watched Martin cast and retrieve the surface lure, I made the call that we should remain where we where for the next few hours as I felt it offered the best chance of catching – plan and simple.

What had changed however, was that the sea was now quite choppy due to a developing breeze – augmenting the movement/flow of the flooding tide. With these conditions present it became increasingly difficult to maintain enough contact with the lure (in order to work it effectively), plus it was just being forced through what I considered to be the ‘take zone’ too quickly for a bass to realistically hit it. A fundamental change was required if we were to extract another bass, as I was positive they were now moving through.

While Martin was fishing I’d had a snoop through his well-stocked and very inclusive lure box. There were a number of lures that caught my eye, but the one that I plucked from his collection was a lure I personally have zero experience of using – a Sunslicker Mishna Eel 19 in the Purpeel configuration (here) attached to an 11g 3/0 Decoy Violence jighead here.

In conjunction with the quickening tide the water had also coloured up a little more, therefore, I surmised that the added attractant that was the wriggling and vibrating tail, alongside the sight and sound of the puffs of sand/gravel that it would displace as the lure bounced along the seabed could provide the answer…

The lure type and the associated methods that we were now using were the complete opposite of each other: teh Salt Skimmer being a floating hard plastic, designed to zip across the surface and that required the angler to administer movement to the lure via the rod and reel. The Mishna Eel on the other hand, was a soft plastic, rigged onto a weight that would cause it to plummet rapidly to the bottom. Further, the only involvement from the angler would be to cast it out and remain in contact with as it sank, whereby it would eventually tap its way along the seabed. Importantly though, by virtue of its quivering paddletail the lure would be ‘working’ and basically ‘swimming’ as soon as it entered the water.

It worked a treat too – although I have to admit to missing the moment the bass took the lure and what was by Martin’s account an epic battle! Allow me to explain… The tide was really ‘hoofing through’ and I was concerned that it was just too strong, therefore, I crept across the rocks around the corner to where I reckoned it would allow him to present the lure more naturally. I was out of sight for perhaps a minute, but as I stepped back over a weedy ledge I was extremely pleased to be greeted with Martin’s rod doubled over and a large dark-backed spikey predator wallowing before him – at which point I raced to my net and scooped it under the fish (whilst breathing a huge sigh of relief I can tell you as I’d have been utterly gutted of he’d lost it!).

At 61cm and easily over 5lb this tremendous bass smashed his personal best on a lure. It was a brilliant result and after Martin safely returned her he told me that the fish had whacked the lure really hard just as it had touch the seabed, before zooming off into the tide.

The drag had been ideally set (I shall explain how I go about this in a subsequent post) to allow some line to be taken in the event of a large bass taking the lure, but I have to say that it was Martin’s experience of catching many fish, across various disciplines, that enabled him to ‘get her in’ as I certainly wasn’t much assistance on this occasion!

I hope this post explains (in some small way) the type occasions when a change of lure, to something that is the complete opposite of what you may have initially attached, is often warranted over a move to a different venue.

I shall be releasing my ‘South Devon Bass Guide’ £50 and £100 Christmas Vouchers in the next week. The recipient will be able to redeem them at any stage during the 2020 season.

View all posts by southdevonbassguide